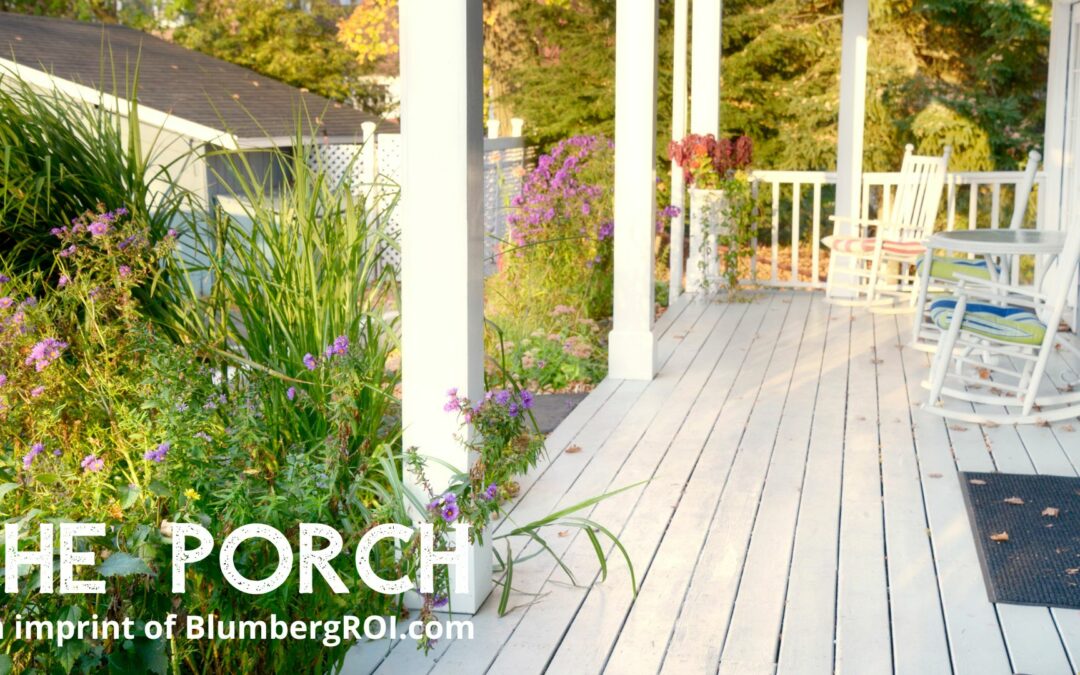 Earlier this month, we were meeting for the first time, when Whitney drove-up to take me over to the studio to begin finally recording the Audible version of Return On Integrity: The Individual’s Journey to the One Essential Thing. She jumped out of the car to cheerfully greet me and help me situate my computer bag amongst the two car seats in the back. As she was situating herself back into the driver’s seat and I into the front passenger seat, she apologized for the delightfully equipped and conditioned nature of her fully engaged Momma vehicle. I quickly responded: Are you kidding? I love it! She smiled, and I think could sense it was a moment of reconnection for me — of years that had long passed.  She quickly followed-on with: Everything is always sticky in here.  Laughing, she continued: Actually, with a 2-year-old and a 4-year-old, everything in my life is sticky right now.  We both laughed as I replied: Sticky is a good thing! And with that, we were on our way to the studio having confirmed another great one of those both/and lessons in life – sticky can be a good thing! A very good thing!

But being stuck is something else.

Periodically, I realize that a specific word finds me again and again in a short period of time – in different conversations, in different circumstances and within different contexts. You would think it might be impossible to recognize the pattern of this repetitive manifestation of the same word camouflaged in such different settings.  And that is often true.  This time it was hard to ignore.  The word was STUCK.  And somehow, this awareness became quite sticky.

I felt the concept tugging at me, like being pulled in a tug-of-war game when you are totally outnumbered in strength and endurance from the other end. What started as a vague call to pay attention, continued to an even more vague sense that there was something here important to notice. Something that was very relevant and applicable in many ways.  Not back then, but now.  Not over there, but here.

To stir my thinking, I went to my near-by on-line dictionary which proved to be of little help defining the word stuck: past tense and past participle of STICK. The definition of stick was what I expected: a relatively long and slender piece of wood … a rod or wand.  While the wand felt a bit magical, it didn’t seem to have any connection to the repetitive manifestation of this word, stuck.  Unless, of course, it was an invitation to keep poking around until something began to make sense. Just about the moment I was ready to close the webpage of the dictionary, I decided to click on the option for synonyms. And there it was:

These felt relevant. And completely the opposite of flow, evolution, transformation, and growth. The sudden tug on the other end of the rope came with such force that it felt like a metaphorical face plant into the sand. The first thought that came to mind was: We think we live in very divisive times – times of great division. But what if that was simply the lagging indicator of something much, much deeper: A realization that we are stuck. And no doubt … when everyone is simultaneously stuck … things get sticky – not in a good way.  And quite often, I don’t realize that I am just as stuck as everyone else.

As I continued to mentally brush off the sand, it dawned on me how much we can brush off the insights of others — locked-and-loaded in our own wants, needs, opinions and beliefs. Sometimes, we do so, because we realize how stuck they are … and while doing so, everything becomes more sticky and everyone becomes more stuck.

My good friend, Dr. Alan Stern, recently shared further insight in his recent Sunday morning reflection on Facebook. Alan is both a practicing dental professional, author and found of Better Richer, Stronger. He was exploring disruption and transformation – and this is an important, albeit small part, of what he shared:

I’ve been bothered by the frequent use and application of the word, disruption, for a long time. There are social and other media sites in the business and professional worlds that use this word as an attraction-getter. Some of those sites use destructive disruptive language for profit and perhaps other less noble purposes. Merriam Webster defines disrupt as: to break apart, rupture, throw into disorder, to interrupt the normal course or unity of. None of the definitions of the word disrupt carries any constructiveness. They do quite the opposite. To use disruption in these troubled times only serves to feed the fuel of nastiness and destruction that seems to dominate the news today AND it only tells part of the story — because a disruption will (hopefully) lead to a transformation. Merriam Webster defines transformation as: to change in composition or structure, to change the outward form or appearance of, to change in character or condition … to convert.  So, which would you rather see?

It is also true within ourselves.

I have found this especially true in my work on integrity.  The greatest obstacle is being stuck in the way you have always seen something.  Or been taught something. The clearer something seems, the harder it becomes to explore it, rediscover it – or to completely reimagine it.  Indeed, sometimes a disruption is required for a transformation to ever begin … especially the kind of transformation that has no end.

I have only begun to scratch the surface of the implications of being stuck – personally, as well as professionally, in my continued exploration of my work on integrity.

What if division wasn’t our problem after all.  What if we could just admit, personally and collectively, that we may simply be stuck.

That, indeed, may unfreeze, break free, dislodge, and release a whole new flow of integrity.

No doubt, life can have seasons of delightful stickiness.  Yet being stuck is something else. It might do us all good to ask ourselves the question: Where am I stuck? Resist the temptation to answer too quickly. You might need to pick-up the rope and let it tug at you for a while.  Or perhaps find a beautiful porch setting, in these autumn days ahead, to sit and ponder for a while. I know that I’m going to … fully expecting some of my own resistance to the tugs, a few face plants along the way – and eventually trusting a momentum of insight too strong to resist. After all, isn’t that the point.  Getting unstuck.

I have a sense there is much more to come on this. As always, I would love to hear your insights below!